Made in China: More Than We Bargained For? 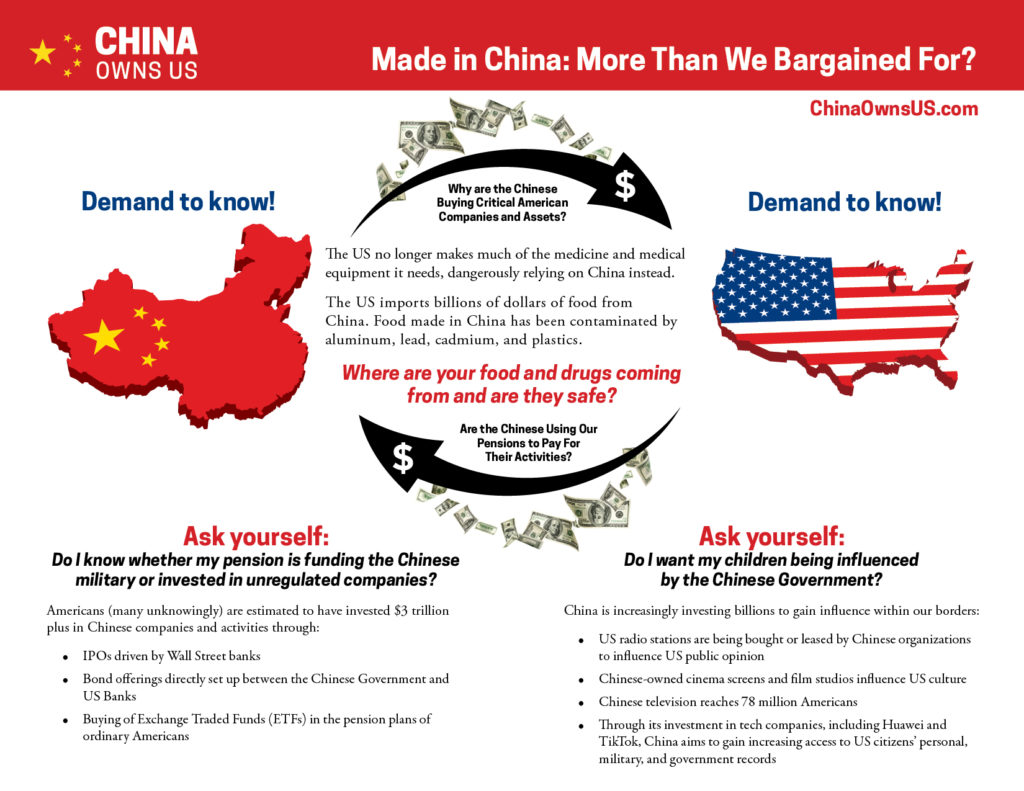 The US no longer makes much of the medicine and medical equipment it needs, dangerously relying on China instead.

The US imports billions of dollars of food from China. Food made in China has been contaminated by aluminum, lead, cadmium, and plastics.

Where are your food and drugs coming from and are they safe? Demand to know!

Ask yourself: Do I know whether my pension is funding the Chinese military or invested in unregulated companies?

Americans (many unknowingly) are estimated to have invested $3 trillion plus in Chinese companies and activities through:

Ask yourself: Do I want my children being influenced by the Chinese Government?

China is increasingly investing billions to gain influence within our borders: